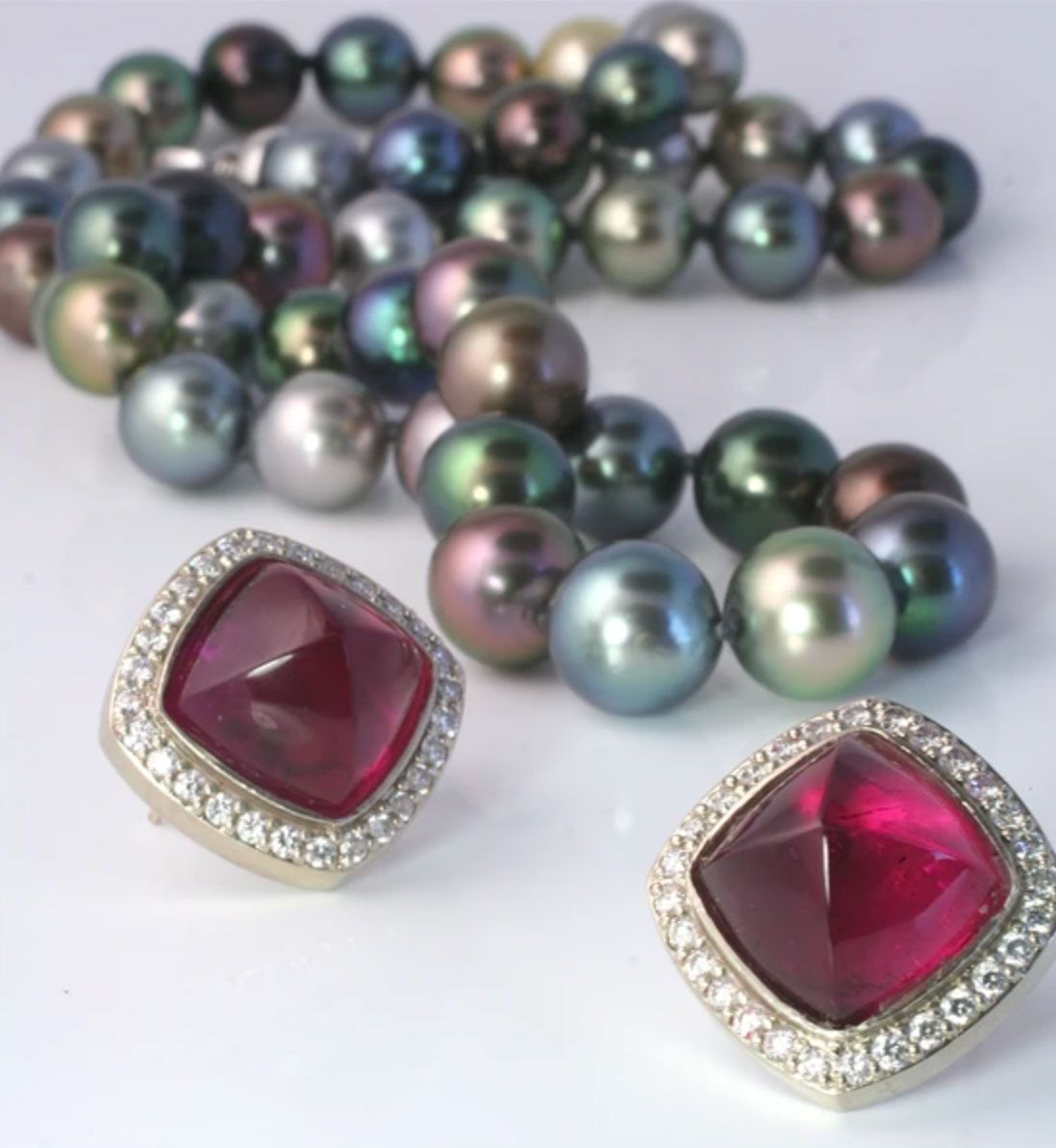 Pearls are a symbol of love, success, and happiness, and are used as an emblem of chastity and purity. Pearls are thought to give wisdom, to quicken karma, and cement engagements and relationships.

Hardness: 2.5-4.5
Specific Gravity: 2.70(_.02, +.15)
Color: white, yellow, pink, silver, cream, blue, green, and black. They can have a secondary hint of color as well, known as the overtone.
Where Found: Natural Pearls are found in the Persian Gulf, Austalia, China, Indonesia, Japan, and in the US, the Gulf of Mexico, Mississippi River valley, the Gulf of California and off the coast of Hawaii. In the 13th century, it was discovered that pearls could be cultivated in freshwater mussels by the Chinese. The production of these pearls was then perfected by the Japanese. Now the main source for traditional white cultured pearls from the Akoya oyster is Japan, while Australia, Fiji and Tahiti are key sources for the larger South Seas Pearls and Black Tahitian Pearls. China is the leading source for freshwater pearls of all shapes and sizes.

Pearls are a symbol of love, success, and happiness, and are used as an emblem of chastity and purity. Pearls are thought to give wisdom, to quicken karma, and cement engagements and relationships.

Freshwater Pearls are the gemstone for the 1st anniversary, and pearls are used to commemorate the 3rd and 30th wedding anniversary.

Pearls are one of the three designated birthstones for June.

I like the soft, feminine look of pearls. Whether they are traditional round cultured pearls, larger South Seas pearls, gray, multicolor or black Tahitian pearls or the many varieties of freshwater pearls, I enjoy using pearls in my jewelry designs. The organic shape paired with the stronger look of polished metal in a geometric design captures the imagination in a new way. A simple strand of cloud shape baroque pearls can add interest to a classic suit or simple dress. I love creating detachable pearl pendants for earrings. They can go from casual to black tie on a moment’s notice!