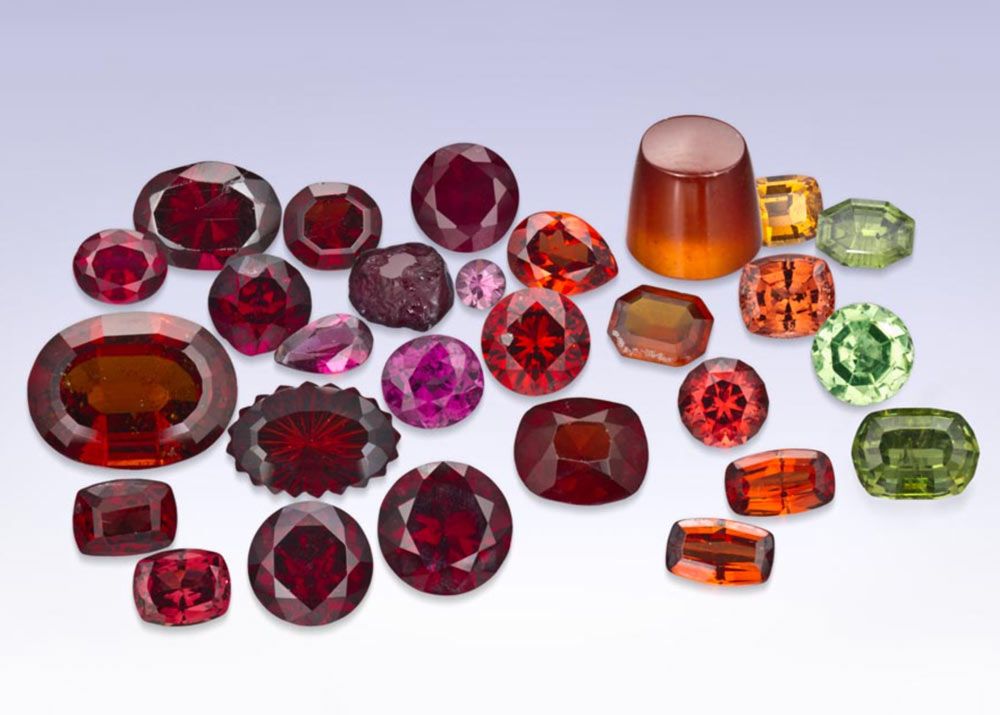 Since the Bronze Age, garnets have adorned the wealthy, from the tombs of Egyptian pharaohs to the markets of Rome to the streets of Victorian London.

These red gems fell out of fashion after the Victorian era, but thanks to new discoveries of garnets of every color, this ancient favorite is enjoying a renaissance. There’s much more to garnet than the classic red.

A handful of garnets of every variety is as enticing as a bowl of fresh fruit. There are dark red pomegranates, of course, but also apples in green and bright red, grapes and figs, plump oranges, juicy slices of kiwi, melon, and pineapple…whatever you’re in the mood for, there’s a garnet for you!

That’s one reason I love working with garnets so much. There’s a color for every application. But with so many colors to choose from, how do you pick a favorite? Consider just a few of the many varieties of garnet:

A new and extremely rare variety of garnet, recently discovered in Mahenge, Tanzania. It is a wine-colored gemstone like amethyst, often found in transparent purples and pinks. But sometimes it’s found in a color called imperial, after imperial topaz, a lovely orange-pink that resembles rosé wine. 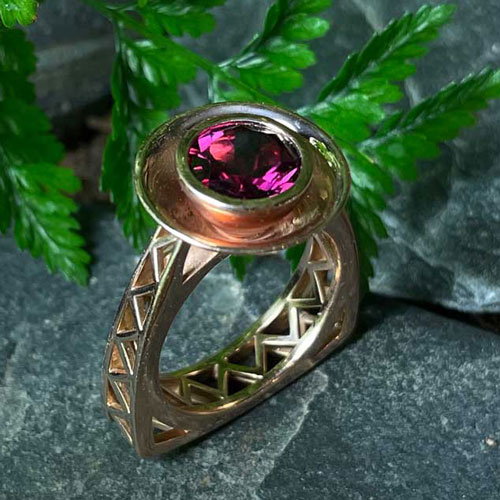 If you’re in the mood for a rich red rather than a rosé, consider the Bordeaux-colored rhodolite. First discovered in the mountains of the western tail of North Carolina, this variety of garnet comes in various purple-tinged shades of red, from lavender to raspberry.

Because of the crystal structure of diamond and demantoid, white light passes through the crystal at different speeds and separates, creating a prismatic effect. Under white light, a demantoid’s typical chartreuse explodes in every shade of green, orange, and yellow. Its rate of dispersion is higher even than that of diamond. 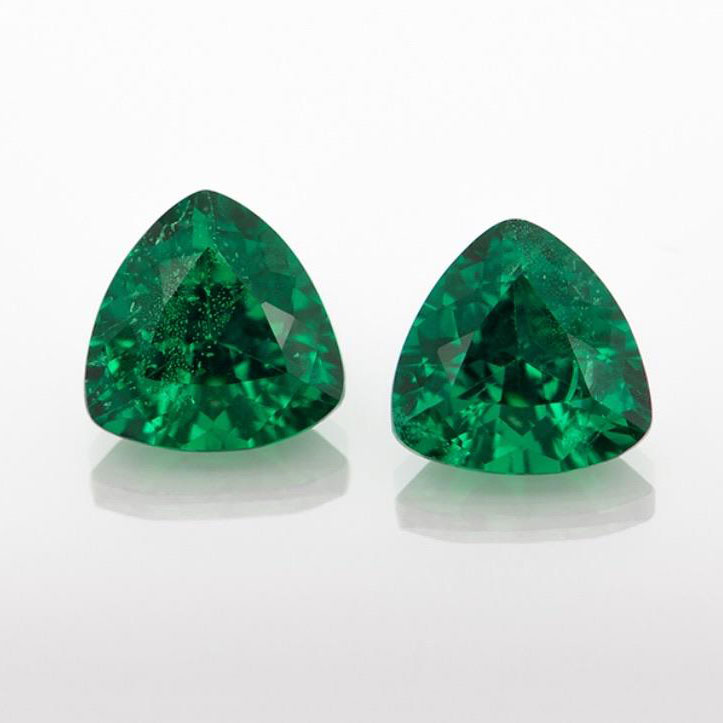 The iconic green gem that brought garnets back to prominence in the 1970s, Tsavorite was discovered by Campbell Bridges first in Tanzania in 1967 and then in Kenya in 1970. Industry executives wanted to name the gemstone after him, but he insisted that the honor go to Tsavo National Park in Kenya. Tsavorite’s evergreen color rivals that of the emerald. It’s just as beautiful, even more rare, and a fraction of the price!

Bridges was also the first person to bring tanzanite to the United States, introducing it to Tiffany & Co. and becoming their consultant in the process. Tanzanite and Tsavorite helped to create the modern garnet market.

This is just a sample of the many varieties of garnet available!

Why are there so many colors of garnet?

Garnets are silicate minerals, and all varieties of garnet have the same crystal structure. Where each variety differs, however, is in its chemical composition. Ions of different elements can slot into the crystal, just like we see in tourmaline. Iron creates a red almandine, while orange-yellow spessartine (Mandarin garnet) contains manganese. But no garnet species appears on its own; there is pretty much always a mix of species present, resulting in garnet’s abundant fruit basket of colors.

Garnet forms when sedimentary rock with high aluminum content is transformed through heat and pressure and recrystallized. This process typically takes place where mountains are formed, places like Kashmir, East Africa, and eastern Brazil. Garnets can also be found in granite and basalt. They’re an extremely durable stone and can even be found in surface deposits. This durability makes garnet a fine choice for an everyday piece of jewelry.

Garnets come in an endless variety, look stunning as a cabochon or in just about any cut, are reasonably affordable, and have a high degree of durability, and each variety has its own history and character. Which one is your favorite?