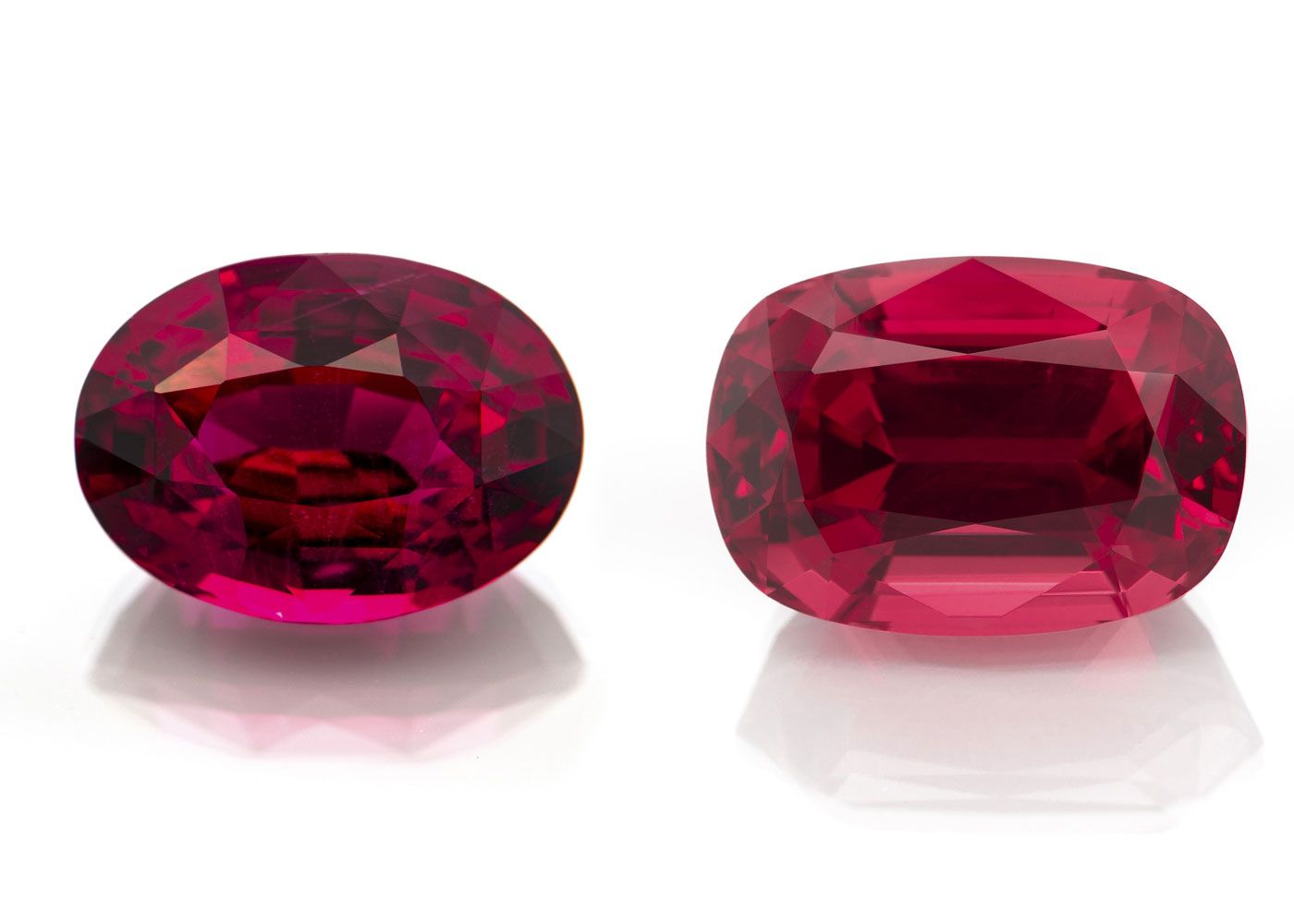 Rubies and red spinel are some of the most scrumptious reds in the jewelry box. You may think they are the same (they can look really similar), but they're not. They have different properties that make them unique.

History of Rubies in Jewelry

The first recorded use of rubies was by the Egyptians, who used them as earrings for their pharaohs. In fact, there are many myths surrounding how these stones came to be called "rubies". One story says that the name comes from the Greek word rubeo, which means red. Another myth is that ruby is named after King Ruby I of England. He supposedly had an eye infection which caused him to lose his sight. His wife gave him a ruby ring with her own blood on it so he could see again. This legend has been around since at least the 15th century when it appeared in Geoffrey Chaucer's Canterbury Tales, and it also appears in Shakespeare's play, Romeo & Juliet.

History of Spinel in Jewelry

Spinels are actually very common gemstones. It comes in all shapes and sizes, and there are over 100 varieties of spinel including blue, green, pink, purple, yellow, white, and of course . . . red. Spinel has been used in place of rubies for many centuries. For example, during the Middle Ages, the French crown would give out rings made entirely of spinel. These rings were given to knights or other noblemen upon receiving knighthood. You will also find spinel in many national and crown jewel collections.

Spinel is Sometimes Referred to as "The Great Imposter"

But because spinel wasn't identified as a unique gem until the late 18th Century, it was typically referred to as a ruby. Spinel appears in many expensive jewels throughout history. There's an interesting reason for this: Spinel's softer chemical composition allows it to grow much larger than ruby without cracking. So in important collections like Catherine the Great's Crown Jewels, and many of the jewels in the Iranian National Jewels collection, the larger rubies are actually spinel.

Why Red Spinel Gets Confused with Ruby

Red spinel looks almost identical to ruby. Both gems share similar chemical composition and physical characteristics. However, there are important differences between the two. Ruby is slightly denser and harder than spinel. Ruby also has a higher refractive index (1.76 - 1.77) than red spinel (1.71- 1.74) which means it will reflect more light back to your eye when you look at it — though as you will see in a moment, how your eye will register that light is quite different between the two gems.

Rubies are doubly refractive, which means that when light enters them, the light splits into beams. This results in a beautiful, rich play of light. Rubies are also dichroic, which causes their color to look different when viewed from different angles. The double refraction plus dichroic nature of rubies causes them to have the rich, dark sparkle of changing hues, like you see when you look at deep water as it moves.

On the other hand, spinel is singly refractive. That means it has only one refractive index, and also means it is in rare company — the only well-known gems that are singly refractive are diamond, spinel, and garnet. Because the crystal structure of a singly-refractive gem contains no internal reflections, the light shoots straight through the gem or bounces off a plane in the gem, and the result is tremendous fire and sparkle. And because spinel is not dichroic, its color looks the same no matter which angle you view it from.

You might think about it this way: A magnificent ruby inspires reflection and invites you to gaze at it from many different angles. Rubies have great dignity. On the other hand, spinel sparkles and dances in the light. Perhaps this is why spinel is often used in engagement rings, and rubies tend to be used in statement pieces.

Both gems are a fantastic addition to any jewelry wardrobe, and they make great gifts! Consider red spinel as a gift for anyone born in December, or Ruby for those born in July. For yourself, get one of each. The experience of comparing and contrasting them will never grow old.