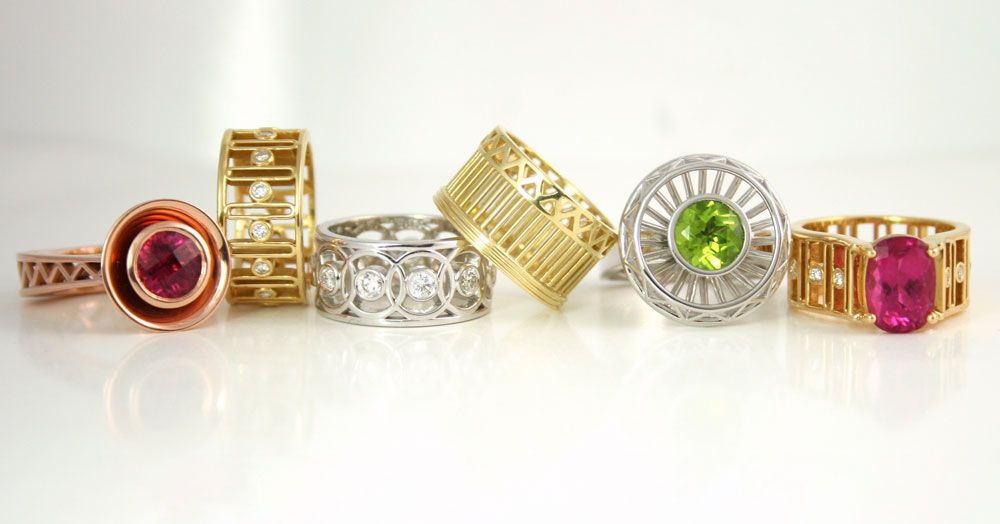 This article was originally published in "Explore Big Sky," on April 13, 2017.

Adorning the Fierce and the Feminine

BIG SKY – When designer Ellie Thompson isn’t in Chicago directing her team of skilled jewelry fabricators or touring the trails and galleries of the West on her mountain bike, she jokes that she is the artist-in-residence at Elkhorn Hot Springs.

Thompson spends about half of the year at the rustic Polaris, Montana resort, having fallen head-over-heels for the region when a reignited love affair with biking and skiing sent her careening through the woods of the West.

The look and feel of Thompson’s high-end accessories encompass a range as dichotomous as the artist herself.

Her many collections of fine jewelry—necklaces, earrings, pendants and rings—include industrial, mathematically-inspired pieces encrusted with diamonds; poppy bright gemstones in rose gold; floral motifs and even an edgy series coated in black bike enamel. Her nature-inspired line of curvaceous silver belt buckles are indicative of Thompson’s most recent departure from the expected. 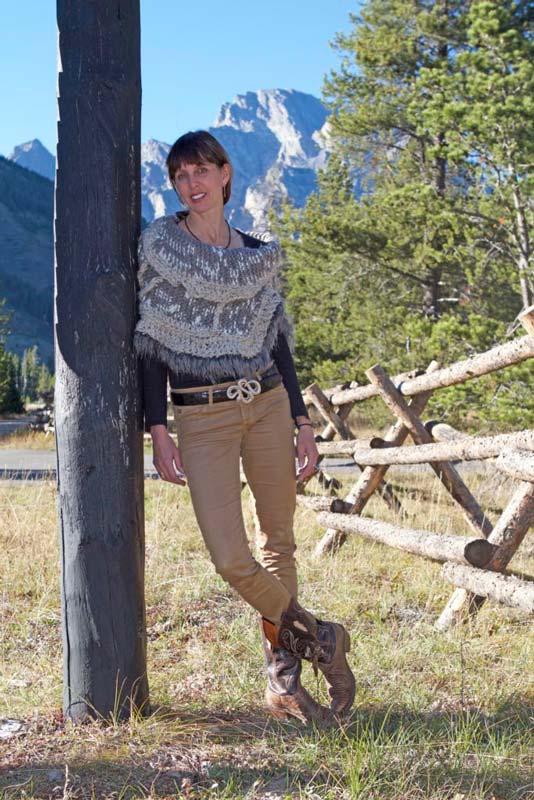 Thompson’s first silver buckle was her golden ticket into the world of western art. A stranger noticed the elegantly carved double rams’ head adorning her buckle and suggested she submit it to The Great Western Living and Design Show, a juried exhibition held during Great Falls’ annual Western Art Week.

Thompson soon realized that she and her art—both the urban and nature-inspired motifs—had a home in the West. In 2014, she started touring her favorite mountain towns, for biking and for business, and is now represented by galleries in Park City, Utah; Ketchum, Idaho; Jackson, Wyoming; Dillon, Montana; and in Big Sky, as Creighton Block Gallery’s only jewelry artist.

This March marked the third year Thompson has had a presence at Western Art Week, and her second participating in the esteemed C.M. Russell Museum exhibition and sale.

She has since expanded her limited edition buckles to include bison, cutthroat trout, a serpent, wild roses and Midwestern prairie flowers that extend beyond the borders of an inlaid walnut frame. “Which is what wildflowers do,” Thompson said, with a playful twinkle in her eye. “They can’t be contained.”

A large part of the allure of her buckles are their movement and multidimensionality—the serpent writhes in its stillness, the wild roses seem frozen in growth.

Thompson runs her hand over soft curves that merge to form sharp points in the buckle’s shiny face—a visual metaphor that shows up across her work and speaks to her evolving understanding of the feminine.

“It’s a study of the balance between the fierce and finessed,” Thompson said. “Women who are a little more mature and confident can begin to explore these aspects of the feminine—the idea of being super strong and also having that super soft side.”

She further explores this duality in a series of earrings and pendants called “Primal Dreams.” Creating a multitude of configurations based on the same fundamental shape, the series contains pieces that will appeal to a whole range of style-seekers—from punk to understated elegance.

A certified gemologist and appraiser, Thompson’s scientific inclinations are readily apparent in series like “Theorem,” which incorporates the numerology of the Fibonacci sequence into its geometric, spherical designs.

“There are math riddles hidden within it, as well as diamonds,” Thompson said. Her belt buckles, on the other hand, are inspired by the natural world and imbued with what she describes as a romantic, magical realism.

“But math and nature are so related,” she said. “Math relates to the things we see in nature and find to be beautiful.”

Thompson credits timelessness with what elevates an accessory into the realm of fine art.

“I think that’s the key,” she said. “That it is not a trend—and that comes down to its aesthetic value, its craftsmanship, the existence of a conceptual element that transcends mere adornment and a connection between the piece and the person who wears it.”